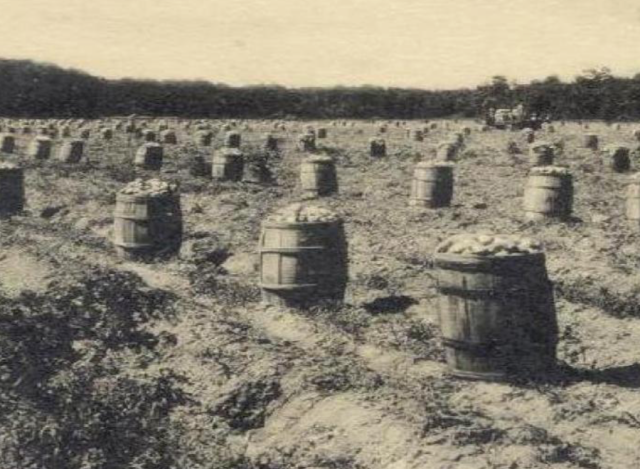 This is a season for comfort foods and family recipes. In keeping with that spirit, here is a recipe for White Potato Pie, which is a uniquely Eastern Shore dish.

Our family first got a taste of this thanks to our wonderful neighbors and good friends, the late Dot and Sterling Hersch. It was around Thanksgiving one year that Sterling brought over (most) of a White Potato Pie. There was a slice or two missing — no wonder!

Dot and Sterling were longtime Chesapeake City residents and raised their family here. Sterling grew up in the town of Rock Hall, in Kent County, back in the “good ol’ days” of the early 1900s. His father ran the general store there. Dot grew up around Galena. These pies were a popular treat back then, when more exotic ingredients and baking supplies (brownie mix, canned pumpkin, etc.) probably weren’t available or too expensive. There were, however, plenty of potatoes.

It’s much harder to find White Potato Pie these days than it probably was back then. Pumpkin pie has largely taken its place. I did find white potato pie for sale at the Chesapeake Folk Festival in St. Michaels, Md. And you can be sure that I helped myself to a piece. Maybe even two.

Dee (Hersch) Thomas wrote down this family recipe and shared it with us. I don’t think she will mind it being posted here. If you want to taste a real Eastern Shore tradition, look no further. And perhaps you will start a family tradition as well.

In another bowl, beat egg whites until stiff and fold into the above mix. Pour into unbaked pie crust and bake at 325 degrees until set. About 45 minutes. 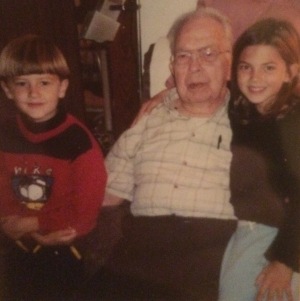 Sterling Hersch with Mary and Aidan.