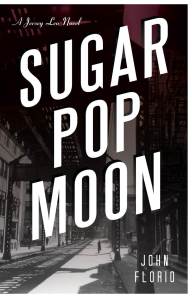 Author John Florio will visit the Chesapeake City Branch Library in Maryland on Saturday, Oct. 19 from 2-3 p.m. to talk about his new novel, SUGAR POP MOON. Set in the speakeasies of Prohibition-era Philadelphia and Brooklyn, this is the story of a mixed-race albino named Jersey Leo on the trail of a mobster who sold him some bad moonshine. For the upcoming visit, the author answered a few questions about his book.

Also, it’s worth noting that John and I both graduated from the Stonecoast MFA program in popular fiction, so needless to say I’m a big fan of whatever he writes!

Why did you choose to make your main character, Jersey Leo, an albino?

The Jersey Leo stories are really about all biases, not just albinism. Had Jersey been a different minority or scarred in some other way, the basic conflicts could have been the same. But there’s a strong, unaddressed bias against those with albinism and it seemed to me that this would be an interesting way to address it.

I’ve always been interested in 20th-century American culture, and find those years particularly interesting—not just the bootlegging, but the fashion, the music, the celebrities. Plus, I grew up on Humphrey Bogart movies and hardboiled detective stories, so I felt at home with the material. I often tell people that I wrote SUGAR POP MOON in black-and-white—that is, I pictured many scenes in black-and-white as I was writing them.

What are some of your favorite books and movies set during the time period?

I really enjoyed Dennis Lehane’s LIVE BY NIGHT; and I just began Kevin Baker’s BIG CROWD, which is excellent. Movies include the Bogart canon, along with Cagney, Garfield, and Howard Hawks (director). Off the top of my head, I’ll throw out THE POSTMAN ALWAYS RINGS TWICE, ANGELS WITH DIRTY FACES, and PUBLIC ENEMY. 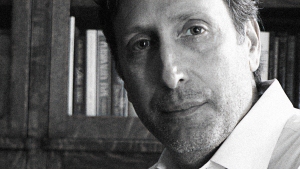 There’s a lot of boxing history and lore in SUGAR POP MOON. Tell us a little about that.

I’m fascinated by 20th-century American pop culture, and boxing’s heavyweight champions were a large part of it. I just released a non-fiction book, ONE PUNCH FROM THE PROMISED LAND, about Leon and Michael Spinks, heavyweight champs back in the ’70s and ’80s. You could put that book on the same shelf as SUGAR POP MOON. Not because both include boxing, but because, to me, boxing and noir go hand in hand. In fact, many 20th-century noir writers have been captivated by the world of boxing—not the sport itself, necessarily, but the stories that surround it. The first name that comes to mind is Budd Schulberg, but there are so many others.

Will this be your first trip to Maryland? Have you ever eaten a crab?

I have friends who live in Baltimore, so I’m not a total stranger to the area. When I got married, the gang took my wife and me to a place that served crabs. I think it may have been called Costa’s, although I’m not sure. What I do remember is a hammer, a pile of shells, Old Bay, and a cold beer. Tremendous.