Novelist headed for the White House? 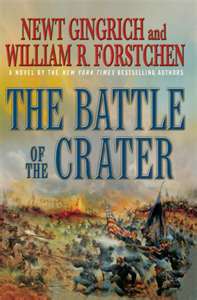 It’s been a while since we’ve had a real writer in the White House. Several presidents and vice presidents (and first ladies) have gone on to write best-selling memoirs, usually after they have left office. Naturally, Americans are curious about what really went on inside the Oval Office.

With Newt Gingrich now continuing to surge in the polls, it’s just possible we might be in for the novelty of having a fiction writer as president.

The last real “presidential”  writer we’ve had was Theodore Roosevelt.Roosevelt was the author of 18 non-fiction books, including HISTORY OF THE NAVAL WAR OF 1812. He also was an admirer of poetry (though he apparently didn’t write verse himself) to the point that his ability to quote poems from memory impressed none other than Robert Frost. Before venturing into politics, Roosevelt supported his large family as an editor and author.

Another world leader known for his writing was Winston Churchill. After leaving office, it’s said that he turned down requests to have books written about him because (and I’m paraphrasing here) “If there’s any money to be made writing about me, then I’m going to make it.”

Ulysses S. Grant was never known as a writer, but his MEMOIRS written while ailing with cancer (and published with help from Mark Twain) were an act of heroism as much as a literary endeavor.

Beyond the oval office, more than a few members of Congress and other political figures have been writers. The Civil War general Lew Wallace penned the best-seller BEN HUR back in 1880 and went on to become governor of the New Mexico Territory.

I’m not as familiar with the novels by Newt Gingrich (which have a co-author) but I plan on seeking out his books in the next few weeks. On my list will be THE BATTLE OF THE CRATER and TO TRY MEN’S SOULS (a novel of George Washington).

Whether or not one agrees with Newt Gingrich and his politics, it’s interesting to think that just by being a candidate he calls a bit more attention to writing … never a bad thing no matter which side of the aisle you’re on.

This entry was posted in Writers & Writing and tagged battle of the crater, fiction, newt gingrich, Writing. Bookmark the permalink.